Chinquapin Alumni Give Back Big 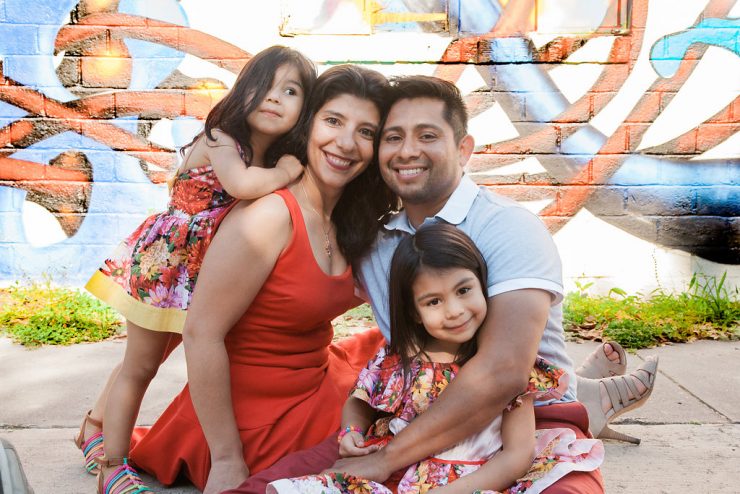 Michelle Nasser and Eduardo De La Torre have been instrumental in a few key projects this school year. Michelle serves as the alumni liaison with the board of trustees and has worked with Chinquapin staff on inclusivity.  Eduardo teaches Science, Technology and Society, an elective course at Chinquapin. The course aims to engage students in real life problem solving by having them devise ways to decrease the school’s power usage and, eventually, install solar panels.

After graduating from Chinquapin in 1995, Michelle Rocio Nasser De La Torre attended Rice University (class of 1999), and then went to Tulane University where she earned a Masters in Latin American Studies (2003) and a Ph.D. in Spanish and Portuguese Cultural Studies (2008). Michelle has taught Cultural Studies, US Latinx Studies, Spanish, and Portuguese at top-tier liberal arts colleges. Her most rewarding teaching experience, however, has been her work with incarcerated men in New York State medium and maximum security prisons.

Eduardo De La Torre graduated from Chinquapin in 1999. He was attending Texas A&M University when the attacks on September 11th led him to quit school and enlist. After serving ten years (and two deployments with the 82nd ABN DIV), Eduardo re-entered college as a Posse Veteran scholar at Vassar. While at Vassar, he worked for a hedge fund and Bloomberg. He graduated in 2017 and returned to Houston to launch his own company, DVG Financial.

When Michelle and Eduardo reconnected after not seeing each other for over ten years, they instantly felt like “friends picking up on a recent conversation” because of their shared Chinquapin values. Michelle commented “Chinquapin believed in us, loved us, taught us, supported us, celebrated us. We owe so much of who we are to Chinquapin, so it’s only fitting that Chinquapin is where we give our time and our energy.  Like our homes, we know that no matter how much time passes, or what we’ve done with ourselves, we can always return to Chinquapin and we’ll be received with open arms.”

Today, Michelle and Eduardo are working in their communities. Eduardo’s finance company focuses on helping veterans establish financial security. Michelle consults in diversity and equity for organizations looking to create more inclusive workspaces.  Together with their two curious little girls they are loving being back in Houston and near the school that gave them so much.

Paola Bernal (‘13) remembers what she wore on her first day of sixth grade at Chinquapin, walking into the gym that morning where [former co-directors] Bill and Kathy Heinzerling introduced themselves, “We all started together like we were family...

Betsy Phillips was working as Chinquapin’s beloved and longtime fundraiser when she introduced Rebecca Loredo Robinson (‘11) to the school. At the time, Rebecca was a sixth grader at Lanier Middle School. Rebecca says she hadn’t gotten too attached...