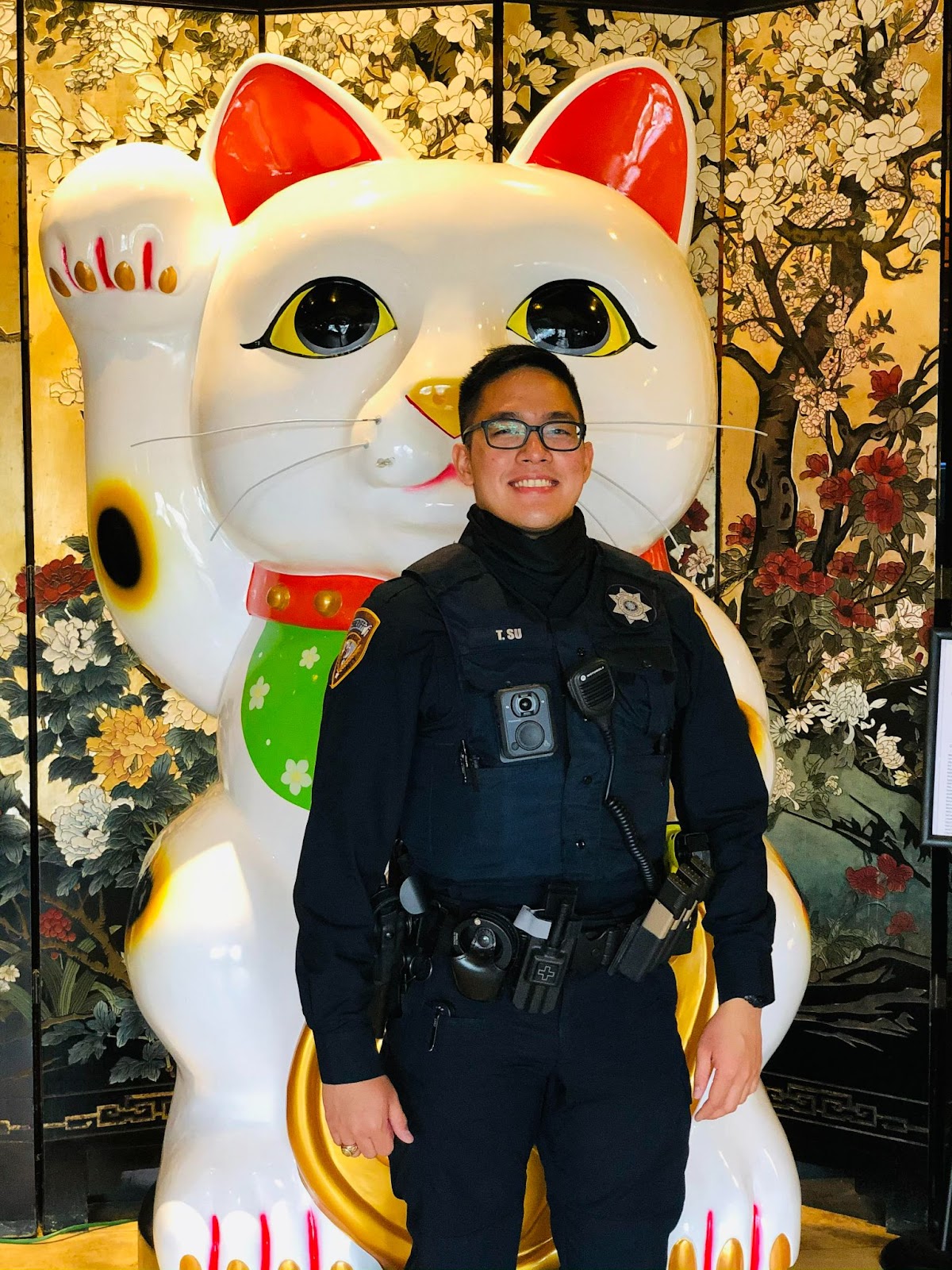 After graduating in 2015 from Chinquapin and going on to earn a degree from Texas A&M, Thomas Su now serves his community as a patrol deputy for the Harris County Sheriff’s Department. Su is a first responder working in communities in western Harris County, supporting community members in their time of need.

Su joined Chinquapin as a seventh-grader. In the beginning, he was challenged by Chinquapin’s rigorous curriculum and struggled academically, but this struggle became the catalyst for his success at Chinquapin. Su began looking to his failures to find ways to improve. He altered his mindset, began communicating with teachers, and he wasn’t afraid to ask for help. These actions helped him become a successful student.

Over time, he acclimated to his new home within the Chinquapin community. He slowly began to understand the value and privilege he had as a Chinquapin community member. This taught Su the importance of upholding his role in the community. As he became more involved at Chinquapin, his love for the school grew, and Su began to take the initiative to assume roles no one else wanted.

This mindset remained with him during his years at Texas A&M and ultimately led him to his current role as a patrol deputy serving the community by picking up calls and providing action where needed. Su hopes to go into more challenging situations and help solve the problem of community violence.

Su is a living legacy of the Chinquapin message and serves as a strong community member and leader. By taking initiative, understanding his role in the community, and using problem-solving skills, Su upholds Chinquapin’s Quid Pro Quo motto and serves as an agent for change in his community.