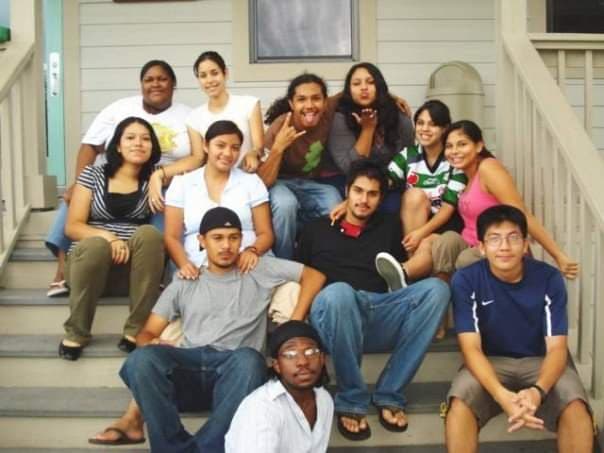 It was Felipe Guevara’s (‘08) older sister, Flor (‘04), who first introduced him to Chinquapin. Felipe, admittedly, was not the best-behaved student, but he was nonetheless a high achiever.

At that time, all male students were required to board, and at the start Felipe was resistant. It was such a different environment from what he knew. Sports – especially baseball – were very important to him, and Chinquapin didn’t have a team. After the initial shock, Felipe realized that he had a lot in common with Chinquapin students and he quickly adjusted and fully bought into the mission.

Chinquapin became Felipe’s family. Peer support, especially from his good friend Ociel “Ozzy” Guadalupe Martinez, was invaluable. At graduation, he was filled with sadness, worried he’d lose the community he’d built with his classmates and his teachers (especially Bill and Kathy) when he left for Middlebury College.

Ozzy came to Chinquapin as the only new eighth-grader and quickly integrated into the class. Felipe describes him as a really good guy: loveable, kind, passionate, and had a true love of learning. Ozzy lived through many difficult moments in life and sometimes struggled with the weight of those challenges. Nonetheless, these challenges were dwarfed by his incredibly generous spirit and indefatigably kind playfulness.

His brilliance was undeniable; Felipe says Ozzy was one of the smartest people he’d ever met and recalls how much Ozzy loved engaging in academic endeavors. While he had a hard time focusing, he was “a helluva writer”, a hopeless romantic, and all he really wanted was to be loved. His fellow classmate, Alsa Bruno, described Chinquapin as “the place where Ozzy found his place as an empath, and graduating from it was a trying process for him because he knew it would always be his home.”

Ozzy’s untimely death in early 2020 brought the seventeen students of the Class of 2008 back together. They worked as a class to establish a scholarship to honor his legacy, to really capture who he was. The annual scholarship is awarded to one graduating senior who most reflects the values and virtues of Ozzy’s life, including doing nearly anything for anyone in need and seeking out ways to brighten the lives of those around him, even to his own detriment, and forgiving often and creating connections where there was thought to be no room for one.

After earning a degree in political science, sociology, and anthropology, and working for KIPP and Teach For America in San Antonio, Felipe earned a J.D. from the University of Arizona. Today, he’s a workers’ rights attorney in New Mexico where he emulates one of Ozzy’s most treasured traits: Furiously standing up for the marginalized.