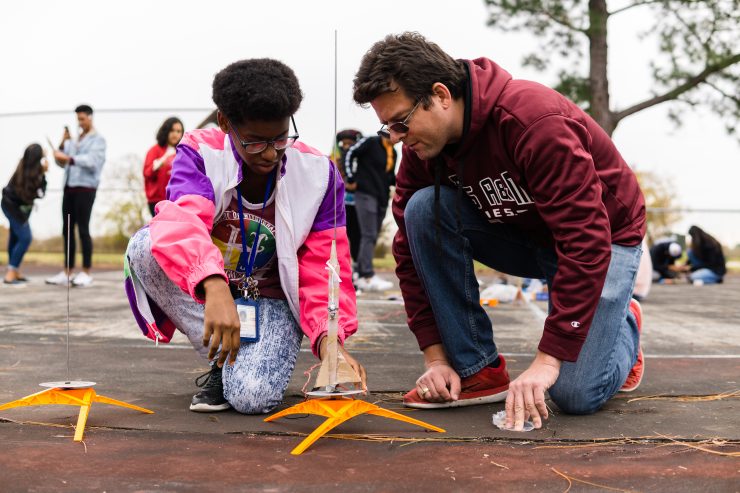 Since it is Valentine’s week, I thought I might be clever here and talk about passion, but Laura Hipps stymied that when she forwarded an email from Diana Bland Linder, one of Chinquapin’s original board members. Diana writes of contacting Bob Moore, her former teacher and the school’s founder, when she moved back to Houston in 1968.  He asked her to join the board. Diana recalls,

I was a bit awed, and explained to the Chinquapin Board early that my financial contributions might only be minimal. Bob, however, was insistent that he needed a lot of brains at the table, and people willing to work, so it seemed not a problem. The Board members each engaged with leaders at the local community centers in Houston’s wards, all of whom were anxious to find places to motivate some of the more gifted kids out of challenges that confronted them. We were mindful that some of their challenges were family, some were financial, but that their families should always be treated with the greatest respect.

That first year many on the Board chased donors and Foundations, created legal documents, debated construction, worked out how to implement ESEA Titles I & II. Some of us contributed merely by cleaning chicken houses on site, scraping down walls that would be whitewashed and turned into the first classrooms in Palestine(the proposed original site), picking up and toting donated fridges and stoves, anything that could be used for the first students that came. Visiting campus that first two years always impressed me, as everyone had to work at everything, even Bob’s veggie garden (he suffered from migraines, and raising fresh horseradish that could be eaten raw seemed to help his bad events). I remember laughing at him a lot saying ‘So THIS is retirement??

We found a surgery option for one student with a cleft palate issue (named Harry, can’t think of his last name, but I think of him a lot, as he finally left before graduating and went to the Navy). Waiting with him 8 hours to be admitted to Ben Taub, a frightened 14 yr-old only vaguely entertained by my 18 month-old son’s antics, was an eye-opener to me as to how dysfunctional the system was for people without the means for ‘other options’. And, talking to students’ parents, I learned a lot about struggles and pride, which taught me a sense of humility I never lost. I benefited from that experience far more than anything I gave back.

On second thought, maybe this was about passion – one man’s passion to right a desperate societal wrong and how he inspired others to join him.